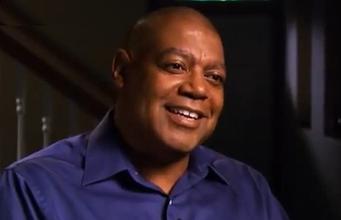 Dean Braxton was hospitalized due to kidney stone. Kidney stone became complicated and he was dying in ICU. Medical records show that Dean Braxton experienced cardiac arrest and died for one hour and forty-five minutes.
When he died, he was transported to heaven. In heaven, he saw Jesus and family members including grandmother and one of aunts. He described Jesus as fullness of love. His grandmother told him that he was going to stay this life on earth for short term. She also asked him to bring many people as possible to heaven.
After he came back from heaven, he got supernaturally healed from twenty-nine serious medical conditions by God.

Dean Braxton recalls, “I couldn’t catch my breath. It was getting shallower and shallower, and I can remember saying to myself, ‘I am dying.’”

Dr. Manuel Iregui was there. “…and then, his blood pressure dropped.”

Marilyn Braxton, Dean’s wife was with him. “And I looked at the doctor and I said, ‘What’s wrong with him?’”

Dr. Iregui told Marilyn, “‘We need to intubate your husband right now or else he could die.’”

Dr. Iregui and his team went to work. “And then we started doing chest compressions.”

Dean Braxton’s system was shutting down. It started as a routine procedure to remove a kidney stone. Now he was dying. Dr. Manuel Iregui was on duty in the critical care unit at St. Francis Hospital in Federal Way, Washington. He explains what went wrong. “As it turns out with him, the antibiotic he received was not good for the bacteria, it was resistant.”

Dean’s body went into multi-organ failure, and his heart flat lined. Dr. Iregui’s team worked furiously to revive him. Dean’s wife Marilyn prayed. “I did say to the Lord, I said ‘Lord, You said in Your Word that you’ve come to give Dean life, and life abundantly. And I claim that abundant life for him.’”

At times the unit was in chaos as they worked to save Dean’s life. But he was experiencing something very different. “I wasn’t afraid. It was like, ‘I’m going home.’”

Dean believes he went to heaven. “When I first entered in, it was bright and it wasn’t so much what I saw as much as what I experienced. The first thing I perceived was, “Everything is right. There’s nothing wrong here. And it’s past peace.’ There’s a scripture in the Bible, Philippians the fourth chapter that says, ‘Peace past understanding.’ That’s what’s going on there.”

Dean goes on, “It’s landscape but more. Everything is alive. Nothing is dead. And I don’t mean alive like grass. It’s intelligent. It can move. It thinks. And someone says, ‘That’s way out there,’ and was way out there for me, to tell you the truth.”

Finally, the medical team got a pulse. Dean says he felt like he was being pulled back into his body. Then he flat-lined a second time. Again, he was in heaven. This time he saw Jesus. “The first thing that comes to me is, He’s bright, just like John said, ‘He’s brighter than the noonday sun.’ and the next phrase I say, I wish people could grab it, and it’s this one, and ‘We could look at Him.’ And what you’re looking at is not so much  the physical part of it, you’re really experiencing the love He has for you. And I tell people, ‘It’s like He only loves you and no one else.’ I saw Him communicating to angels. He would just look at them. Communication there was thought to thought. They would acknowledge receiving His information, bow before Him like this and then, back out. And it was like, ‘Whoa!’”

Dean admits he didn’t want to come back. “I’ll tell you the truth, I was happy. I was planning on staying. People always say, ‘Didn’t you love your wife and your children?’ I probably loved them more than I ever could. But I was thinking, ‘You come here. You come here where everything is right.’”

While Dean was in heaven, Marilyn continued asking God for a miracle. “I purposed in my heart, whatever the outcome; I was going to follow God all the way.”

After an hour and 45 minutes, Dean came back with a weak but steady heart rate. But the bacteria had done a lot of damage, and he had to go on dialysis. Dr. Iregui explains, “I did not think he was going to survive. In a way I told his wife that, ‘Now we have to pray and wait because there’s nothing else I could do.’”

Marilyn adds, “I believe in healing. I believe that God is a healer, and I was trusting God for Dean’s healing.”

Marilyn describes Dean upon his ‘return.’ “He was so eager: ‘We’ve got to get people saved!’ We’ve got to tell people about Jesus!’”

Despite doctors’ concerns that Dean’s prolonged ordeal would leave him impaired or even worse, there are no signs that Dean had a brush with death. He’s the picture of health. In fact, the staff at St. Francis Hospital dubbed him ‘The Miracle Man.’

“It’s a miracle that he’s alive. There’s no question about it.” says Dr. Iregui, “It is a miracle – that he’s alive, that he is talking with no brain damage. But this is very exceptional, because he was really, really dead for a long time.”

So what does a man do who’s experienced heaven and still wants to be there? Dean says Jesus told him something that keeps his feet firmly planted. “I felt like He was saying, ‘I need you there more than I need you here.’ And I came to understand then, how important it was for me to complete what God put me on this planet to do. The bottom line is, until I’m finished here I cannot go back home. I tell people most of the time, ‘I’m on my way home. Don’t get me wrong, I’m on my way home. This is the pathway my Father says I have to go to get home.’”